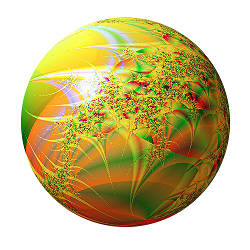 The expert steady-state model refers to a version of the model that allows the user to alter a large number of parameters. Currently, it does not allow for automatic minimization of fitness scores. Thus, the user can change paramters and press the run button in an iterative fashion to see how adjustments to paramters change the results. For a simpler model, see the standard steady-state model page.

Several enhancements are planned for the future:

A spreadsheet listing model variables and default settings is available for download. See the glossary for abbreviations and definition of terms.

In this section, choose values for starting conditions. Use the dials or type in values in center of a dial. Refresh the page to obtain default values.

The higher the family income target, the larger the volume of dollars and tokens required in local circulation. A LEDDA adjusts the volume of currency in local circulation in two ways: (1) by creating or destroying tokens, by fiat; and (2) by adjusting its trade balance (in dollars) with the Rest-of-Counties node. The latter can be thought of as a sophisticated make-local, buy-local program. In this steady-state model, a LEDDA can only draw in as many dollars as the Rest-of-Counties node has in excess.

A good family income target and token share of income might be such that the dollar income of member families is equal to the national average, and the token share of income is high enough to expand the membership to a desired percentage of the local population. An example is a dollar income of about $80,000 per family (the national average) and a TSI of about 35%. With these values the post-CBFS family income of members is 80,000/(1-0.35)= 123,000 T&D. An income target of about 110,000 T&D was used in the agent-based model, which was equivalent to the 90th percentile of starting incomes for the population studied [2]. Thus, in that simulation, 90% of the local population eventually joined the LEDDA.

If the dollar portion of the family income target is chosen to be equal to the national average dollar income, then the LEDDA would be acting to evenly redistribute income; its members would receive an equal share of the national income pie. A lower family income target can be chosen. Whatever value is chosen will determine, along with the TSI, the percent of the population that joins the LEDDA.

Note that because taxes must be paid in dollars, too high of a TSI can cause problems. Also, in practice, the volume of tokens cannot be any larger than can be beneficially used. Too high of a TSI and token volume could lead to inflation of the token, which by design is intended to be inflation-free.

Earmarks refer to the percent of gross (pre-CBFS, pre-tax) income that will be contributed to the CBFS. The family income target is equal to the gross income target minus CBFS contributions. The total of all four earmarks (one for each arm of the CBFS) will sum to something less than 100%. If the sum is 65%, for example, then gross family income would be 1/(1-0.65) = 2.86 times higher than the (post-CBFS) family income target.

In this section you can set where persons spend their discretionary income. Columns in the table exist for nonmembers and members. Each group can spend their income in any one of the five types of local organizations. The percentages in each column will sum to 100% of discretionary income, which is defined as gross income minus taxes minus CBFS contributions minus regular dollar donations to nonprofits.

It might be that member and nonmember persons support different organizations to a different degree. For example, perhaps members would tend to support member organizations. Further, perhaps most of the spending goes to for-profit organizations (Principled Businesses and standard businsesses), whereas nonprofits might receive more of their revenue from CBFS donations. Keep in mind that many nonprofits do receive some revenue from the sale of products and services.

In this section you can choose run options and run the model. The upper and lower bounds for token shares pertain to optimization runs and are currently disabled. They will be enabled when optimization is added as a run option.

All Earmarks
All Member Person Spending